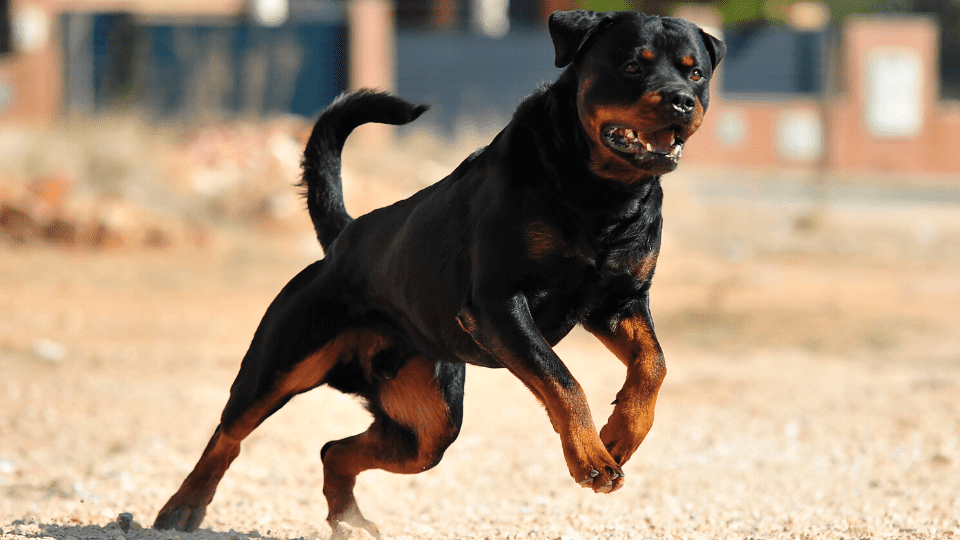 10 Myths About The Rottweiler Dog Bite You Shouldn’t Believe

Rottweilers are amazing dogs and belong to the ten most popular dog breeds in the US. If you have owned a Rottweiler, you may consider it loyal, sweet, intelligent, and protective.

However, not everyone is on the same page as you are. Many are afraid and suspicious of Rottweilers and consider them violent and dangerous dogs.

While different people will have various opinions on Rottweiler, there are common misconceptions about them too. Here are 10 things everyone gets wrong about Rottweiler bite force and why they may not be as dangerous as they are believed to be.

About The Rottweiler Bite Force

The Rottweiler is a large dog known for its strength, especially as a working dog. It has a powerful bite force of up to 328 PSI (pounds per square inch) and is renowned as one of the strongest dog breeds in the world.

The Rottweiler bite force is strong enough to kill a person it attacks.

A properly trained Rottweiler is an asset to a home and can be a loving companion to every family member.

PSI For A Dog Bite

A dog’s bite force or the power of a dog’s bite is measured in pounds per square inch or PSI.

There are several ways to calculate the PSI for a dog bite. The most common method is a formula that considers the dog’s jaw size and weight.

Apart from these two, a few other factors may also be considered when calculating the PSI for a dog bite, including the following.

The most accurate and scientific method to measure bite strength is a scientific testing equipment called a ‘bite sleeve.’

However, it is not feasible or practical, as most people will not be able to get their dog to bite down on a device. Even if they were to do it, measuring the precise amount of pressure exerted would still be challenging.

Now that you have an idea of a Rottweiler’s bite force, it’s time you learn about the things that everyone gets wrong about it.

You may have heard of these numerous times before, and now is the time to realize that they are false.

Rottweilers are big and powerful dogs. They could be dangerous to people and animals if they have not been adequately socialized or trained.

They are a very protective breed that tends to attack strangers and not their own family. However, all of this depends on the dog’s upbringing and does not have anything to do with the breed itself.

So if you train your Rottweiler correctly, you will have a well-behaved dog with you. A well-trained Rottweiler will not attack anyone they come across.

So it’s a matter of how you have brought them up and the lack of training.

2. Rottweilers Have The Most Powerful Bite Than Any Other Dog

A Rottweiler’s bite could crush a lot of things. However, as stated above, a well-trained Rottweiler won’t go biting everything it comes across.

It is a common myth that Rottweilers have locking jaws. Many dog breeds, including Dobermans and Pitbulls, are also labeled as having locking jaws.

When dogs are believed to have locking jars, they ‘lock’ their jaws when they bite down. It is impossible to pull away the dog as they keep biting you down.

It is one of the main reasons that lead to believing that Rottweilers are vicious dogs with deadly bites.

It is an entirely wrong fact. No dog, not even a Rottweiler, has a physical mechanism in its jaw to make it impossible to open. 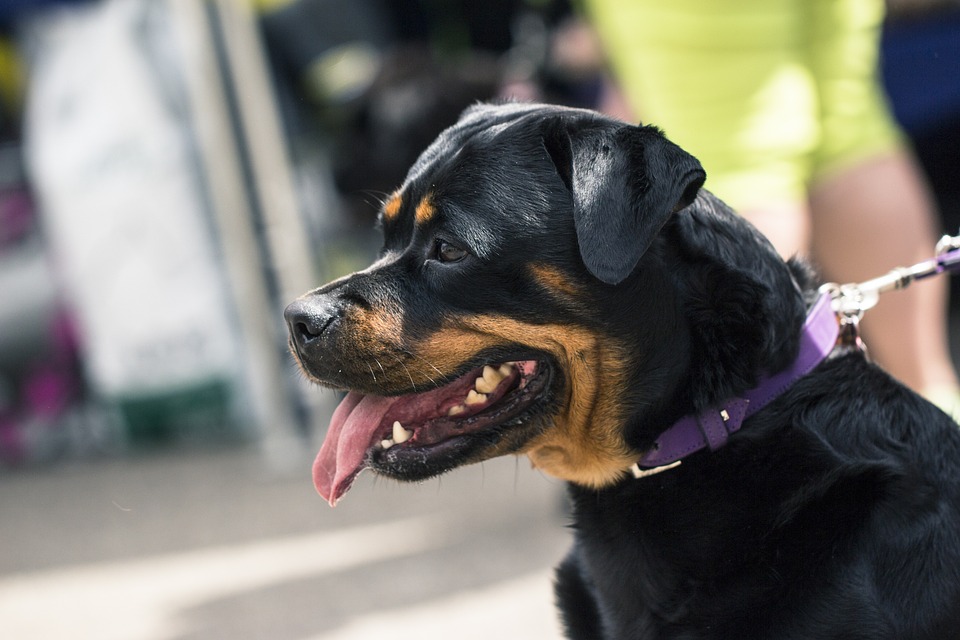 4. Rottweilers Are Impossible To Train

Due to the belief that Rottweilers are inherently vicious and aggressive, a popular myth is that they are impossible to train. Many believe that Rottweilers won’t respond to their owner’s commands.

However, this is also entirely wrong. Rottweilers are among the top ten most intelligent dog breeds and can quickly pick up new commands.

Rottweilers were originally working dogs used to guard flocks, herd livestock, and pull carts. Therefore, it is fair to believe that they are an obedient breed.

One of the main things to keep in mind is that you must keep changing your training routine so that your Rottweiler won’t get bored. With great variation in training, your Rottweiler will be obedient to you in no time.

Rottweilers need to spend time outdoors, but it doesn’t mean they must always stay there. You need to strike a balance between physical exercises and mental stimulation activities that you can do indoors.

Rottweilers enjoy spending time outdoors, even when it’s snowing. So you need to send them out as much as possible. However, you shouldn’t keep your dog outside full time as it could become aggressive and territorial.

It is true for any breed and not just Rottweilers. If you tie your Rottweiler up in your backyard and leave it there all day, it will get aggressive and try to bite others.

That is why you need to balance outdoor and indoor activities for your Rottweiler.

6. Rottweilers Have To Have Their Tails Docked

Rottweilers are known for their signature docked tail. It is a common sight to see a Rottweiler with its tail docked. However, there is no specific reason for Rottweilers to dock their tails.

It does not serve any purpose, and many people think that it is a cruel act to do so. Rottweilers have great tails, and a dog’s tail is one of the key ways it communicates with the outside world.

So, when you dock its tail, you are diminishing its ability to express its feelings and communicate with you and other dogs.

7. Rottweilers Will Attack Their Owners

Rottweilers are loyal and protective dogs who are less likely to attack you. They will risk their lives to protect their family.

However, this depends on how well you train your dog, which is true for any breed. There have been instances where poorly-trained Rottweilers have attacked their owners.

While some people don’t bother to train their Rottweiler, others use harsh training methods. You should avoid going to both extremes when training a Rottweiler.

Training using harsh methods and punishment will not work with your Rottweiler. It could do the complete opposite and make it more aggressive.

Training methods built around positive reinforcement are the best way to train a Rottweiler. You must reward your Rottweiler for actions that you approve of and ignore or gently correct unwanted behavior.

I Pet Guides provides a complete guide on training dogs. You can refer to it for tips on training your Rottweiler.

9. Rottweilers Are Not Affectionate

There is no truth about Rottweilers not being affectionate. Rottweilers are incredibly affectionate and love to curl up in your lap whenever they get the chance to do so.

Although they are strong and have large bodies, Rottweilers have a reputation for being emotionally needy. They may develop separation anxiety, especially if you’re most of the time away from home.

Rottweilers are also scared of the dark, which belies their tough exterior.

10. Rottweilers Are Illegal To Own

There is some truth to this statement, as a few towns and cities have banned Rottweilers. However, it is not true for all states.

The best thing is to check your local laws before you bring a Rottweiler home. On the other, even if it’s legal, there are things you may have to do if you have a Rottweiler at home.

Your insurance may go up if you have a Rottweiler at home. Some landlords may not prefer you to move into the property with a Rottweiler. It is sad to note this, as Rottweilers can be amazing dogs adequately trained.

The Rottweiler bite force is 328 PSI which is strong enough to harm other people and animals. However, a well-trained Rottweiler will be obedient and affectionate towards others.

How Strong Is A Rottweiler Bite Force?

A Rottweiler has a powerful bite force of 328 PSI, which is dangerous and can attack and harm people.

Does A Rottweiler’s Jaw Lock?

A Rottweiler’s jaw does not lock, nor does any other dog breed.

Which Dog Has The Strongest Bite Force?

The Kangal is a large, muscular dog with the strongest bite force of 743 PSI.

10 Things Everyone Gets Wrong About Rottweiler Dogs

Here at Alpha Pets, we aim to provide the ultimate eco-friendly supplies and accessories for cats, dogs and more. For insightful advice on dog training, health, nutrition, and care for pet owners be sure to check out our pet blog. 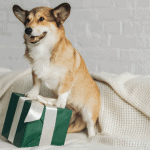 Totally Pawsome Gift Ideas For Dog Lovers: 15 Things To Get For Your Dog Obsessed Friends 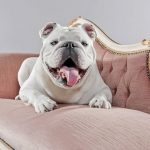 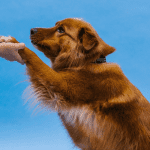 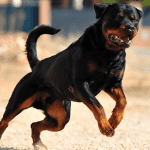 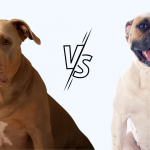 What Is The Difference Between A Pitbull And An American Bulldog? 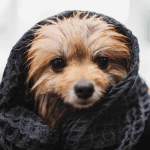 100 Tricks To Teach Your Dog or Puppy